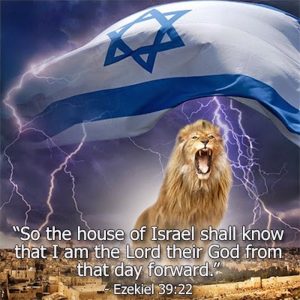 His judgements included war, famine, pestilence, natural disasters such as earthquakes, drought and more. However, time and again, His people refused to listen to the warnings and continued in their sin regardless as they cursed the watchmen and blatantly ignored God. And sadly, God’s judgements would come.

A Sobering Warning Directly From God Concerning His People!

This is exactly what is happening today. All over the world, there are many things happening, including blatant disobedience and disdain for God and His commands. In fact, whether or not America was founded on God, this nation at one time upheld much more godly values than what it does today.  The people of America, including many in the body of Christ, have been lured by Satan into Baal worship. It all seems so innocent at first, but then it is written, Satan can appear as an angel of light.

God was removed from schools as the separation of church and state took place. Abortion became legal. Lawlessness and fornication exploded, along with every type of sin imaginable. The homosexual agenda has been on the forefront of the news over the past few years, including the nationwide legalization of homosexual marriage. If that wasn’t bad enough, we are now seeing a society accepting of beastiality, which includes dressing up like dogs, cats and other animals to fulfill perverse, corrupted sexual fantasies. There are even people having illicit sexual relations with objects such as trees, nature (oceans), and more. These are some of the very same things pagans partook in during their satanic ceremonies and worship of Baal. 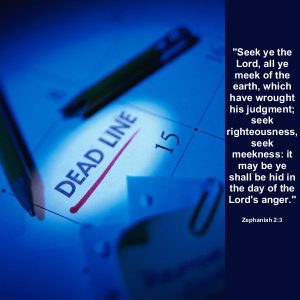 But here’s the problem. Society has become politically correct, so much that in some places, it is becoming illegal to even speak out against these perversions. Those who speak the truth of God’s Word are quickly shut up and labeled as fanatics and/or haters.  What’s even worse is that this behavior has seeped into the body of Christ and is corrupting it further as I write this article.

We are worse than Sodom and Gomorrah. God judged His people, including the godless, over and over throughout the Bible, and He will judge again. Because God’s people know better, they will be held more accountable than the world who does not know Him, and the body of Christ is in SERIOUS danger! The church is being deceived, and they are inadvertently turning to Baal instead of to the one true God!

God Is About To Do Something So Explosive, It Will Literally Blow Your Mind!

The Lord came to me the other night with a sobering message for His people, and one that I hope the body of Christ takes very serious. God is a loving God, but He is angry when His people commit adultery and fornication against Him. This whole concept of the all-loving God who coddles His people and allows them to sin without any consequences is perverse and is a huge lie of Satan in order to keep people from repenting. How? They feel no shame for their sin and disobedience because they are being told it’s okay. Therefore, there is no repentance because there is no guilt, and there is no salvation because there is no repentance. Repentance doesn’t just mean that you apologize for something, repentance means that not only do you apologize to God, but you renounce the sin and turn away from it!

Please listen to and share the message in my video as the Lord gave it to me. This is one that people must hear.

Explosive New Information Emerges! The TRUTH About What Is Really Happening Right NOW!

CLICK THE BANNER BELOW TO SEE SPECIAL FREEDOM NATION NEWS OFFERS AND DISCOUNTS FROM LA MARZULLI ON HIS EXCITING NEW VIDEOS!

Are You Ready For What Comes Next? The RNC Concludes and A New Cycle Is About To Be Birthed!

DARPA Pulls Technology Straight From The Book Of Revelation: Eerie Plans Reveal We ARE In The Final Days