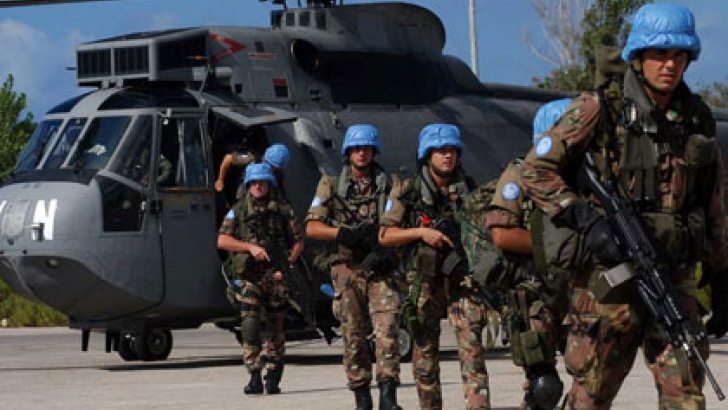 “United Nation military troops may soon arrive and see action on American soil following the United States’ announcement of support for “a set of principles that give a green light for U.N. peacekeeping troops and police to use force to protect civilians in armed conflicts,” Military Times reports.

It’s like Mike Norris movie, Amerageddon, has come to life in our own backyard; where UN ‘peacekeeping’ troops are dispersed on US soil all in the name of peacekeeping to a problem they themselves have caused.

For years Barack Obama, has allowed not only the UN but also foreign troops on our soil. 15,000 Russian troops were requested in 2013, Operation Vigilant allowed polish troops, Northcom and NORAD included troops from multiple countries, and not to mention the countless sightings of troops working with the US under the radar. China, Russia, Polish, Bangladesh, Canada, and others are among those spotted.

Most recently a United Nations Model UN curriculum report has revealed that those who are “anti-Globalists” are a bit of a problem. Here’s more on this breaking report…