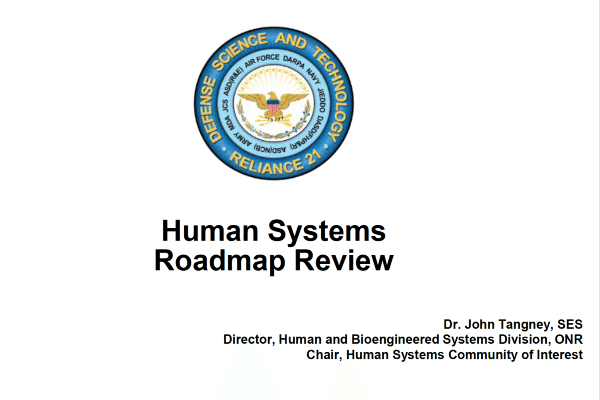 The Pentagon has just released a document that confirms that self-governed, autonomous weapon systems will kill targets, including civilians, based on tweets, blogs, videos, and Instagram; thereby ‘weaponizing’ and using our social media against us.

The document is a 53-page presentation prepared by HSCOI chair, Dr. John Tangney, Director of the Office of Naval Research’s Human and Bioengineered Systems Division, titled “Human Systems Roadmap Review” and was presented at the NDIA’s Human Systems Conference in February 2016.

The presentation reveals that the U.S. military is creating Artificial Intelligence (AI) autonomous weapons that use predictive social media analytics to form decisions on lethal force. A sort of swarm based technology operating on the hive-mind platform. They justify their approach by claiming that there is a “meaningful” degree of human control over these “self-governed” weapons, though many feel it is not enough.

The problem is one can’t help but think that maybe this is why the NSA has been gathering mass data on us all along? Is their collection all about enslaving us to the global AI system whose purpose it is to “Master the Human Domain”? After all that’s what Jade Helm 15 was all about. Are we already being ‘categorized’ and labeled a ‘threat level’ to the government via these AI driven systems, a sort of pre-crime division?

All that and more in this exclusive report…

Here’s a piece of what I discovered inside (obviously there is a lot more):

Page7 reveals how these autonomous weapons can “take action when needed.”

Page 18 exposes their desires to have robots “think and act like people.”

Page 48 reveals their plan to exploit Social Data. They plan to “evaluate/engage social influence groups in the op-environment to understand and exploit support, threats, and vulnerabilities throughout the conflict space” and “extend capabilities for forecast, rapid planning and real-time situation awareness of human activities/ behaviors and intent to operators.” As well as deliver capabilities that use “predictive, autonomous analytics to forecast and mitigate human threats and events” using our social media as their platform.

Wait Until You Hear This! This is How Bad It Will Get, Really Soon…

A Great, Mighty Shaking Is Coming To the United States of America-Here Is Your Proof! (Video)