United Nations To Usher In the Return of Ancient Demonic Principalities On Same Day As Blood Sacrifices To the Beast! (Videos) 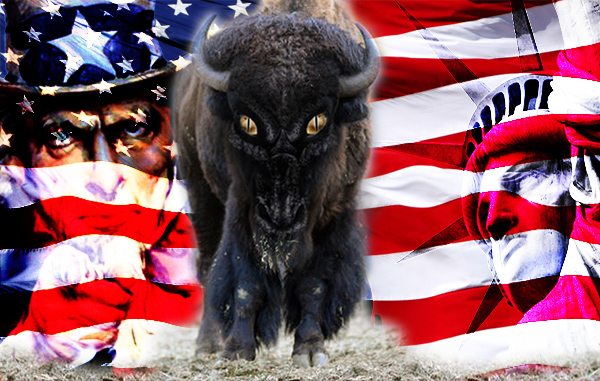 7 In the measure that she glorified herself and lived luxuriously, in the same measure give her torment and sorrow; for she says in her heart, ‘I sit asqueen, and am no widow, and will not see sorrow.’8 Therefore her plagues will come in one day—death and mourning and famine. And she will be utterly burned with fire, for strong is the Lord God who judges her.

9 “The kings of the earth who committed fornication and lived luxuriously with her will weep and lament for her, when they see the smoke of her burning, 10 standing at a distance for fear of her torment, saying, ‘Alas, alas, that great city Babylon, that mighty city! For in one hour your judgment has come.’

On April 19th of this year 2016, something sinister is coming! Something absolutely Satanic and blasphemous will be erected in not just the United States of America, but in London as well. And, the United Nations is hoping to erect more, globally, in every major city throughout the world in the near future. What is they are reconstructing? The Temple of Baal, which includes in its Hellish structure spiritual gateways, or portals!

Terrifying! UN To Usher In the Antichrist 2016 Through Satanic Blood Sacrifices & Demonic Gateways!

CHECK OUT LYN LEAHZ ON YOUTUBE AND SUBSCRIBE TODAY FOR ALL THE LATEST PROPHECY NEWS UPDATES—CLICK HERE NOW!

First, let’s refresh ourselves on a few important facts:

-Baal worship goes back to the tower of Babel and Nimrod

-Nimrod was considered the first Antichrist, and Luciferians as well as other Occultists are expecting Nimrod to be resurrected and rule the world

-The word ‘Babel’ means “gateway of the gods”

-The Temple of Baal contains arches, which are ‘gateways’ or ‘portals’

-Ancient Baal worship included child sacrifice, in which they placed the infant within the belly of the statue where they burned the infant alive

-The exact same day in which these recreations of the temple arches are to be erected happens to be the day when a very important occult festival related to Baal worship begins. April 19 is the first day of a 13 day period known as “the Blood Sacrifice to the Beast” and that is when ‘the Feast of Moloch’ begins

Here’s what Michael Snyder of the Economic Collapse and End of the American Dream had to say:

It turns out that the exact day when reproductions of the arch that stood in front of the Temple of Baal are going to be erected in Times Square in New York City and in Trafalgar Square in London is also the exact day when a very important occult festival related to the worship of Baal begins.  April 19th is the first day of a 13 day period of time known as “the Blood Sacrifice to the Beast” that culminates on the high occult holy day of Beltane on May 1st.  In some parts of the world, Beltane is much better known as “May Day”, and it has been described as the “Illuminati’s second most sacred holiday”.  As you will see below, we have indeed witnessed a disturbing series of “blood sacrifices” during the second half of April in recent years, and many people wonder if there is a connection.

April 19th is also known as “the Feast of Moloch”.  If you are not familiar with “Moloch” or “Molech”, it is an ancient Canaanite god that is repeatedly denounced in the Old Testament.  Child sacrifice was a key feature of the worship of Moloch, and a giant statue of this pagan deity is set up at the Bohemian Grove in northern California every year.

Is it just a coincidence that reproductions of the arch that stood in front of the Temple of Baal in Palmyra, Syria are going up in New York and London on the precise day when the Feast of Moloch is celebrated and when “the Blood Sacrifice to the Beast” begins?  The organization in charge of this “cultural project” is the Institute for Digital Archaeology.  The following comes directly from their website…

On April 19, 2016, in cooperation with national and international cultural heritage preservation organizations, and in conjunction with World Heritage Week 2016, the Institute for Digital Archaeology will install a monumental scale reconstruction of Palmyra’s Triumphal Arch on Trafalgar Square.  Through this project — and others like it scheduled throughout 2016 in cities both inside and outside the Middle East — the IDA seeks to provide an optimistic and constructive response to the ongoing threats to history and heritage that have captured headlines over the past year.  Our aim is to highlight the potential for the triumph of human ingenuity over violence by offering innovative, technology-driven options for the stewardship of objects and architecture from our shared past.

Are we to believe that this date was chosen at random?

Is it just some sort of weird “accident” that the date they decided on begins a 13 day period of time which is exceedingly significant for the worship of Baal?…

“April 19 – May 1 – Blood Sacrifice To The Beast, a most critical 13-day period. Fire sacrifice is required on April 19.

April 19 is the first day of the 13-day Satanic ritual day relating to fire – the fire god, Baal, or Molech/Nimrod (the Sun God), also known as the Roman god, Saturn (Satan/Devil). This day is a major human sacrifice day, demanding fire sacrifice with an emphasis on children. This day is one of the most important human sacrifice days, and as such, has had some very important historic events occur on this day.”

There is no doubt in my mind that this blasphemous, satanic gesture is going to bring God’s judgement to this nation quickly.  America is making it clear that she is a whore, an adulteress, and loves Satan. And, America is shaking her fist in the face of God! And when a nation commits these horrendous acts against God, the only thing good that comes is the repentance brought about by His judgement!

CHECK OUT LYN LEAHZ ON YOUTUBE AND SUBSCRIBE TODAY FOR ALL THE LATEST PROPHECY NEWS UPDATES—CLICK HERE NOW!

United Nations Issues Global Warning! Mass Die-Off Of Bees Is Causing Food Production Decline—Action Must Be Taken Now Or Else…