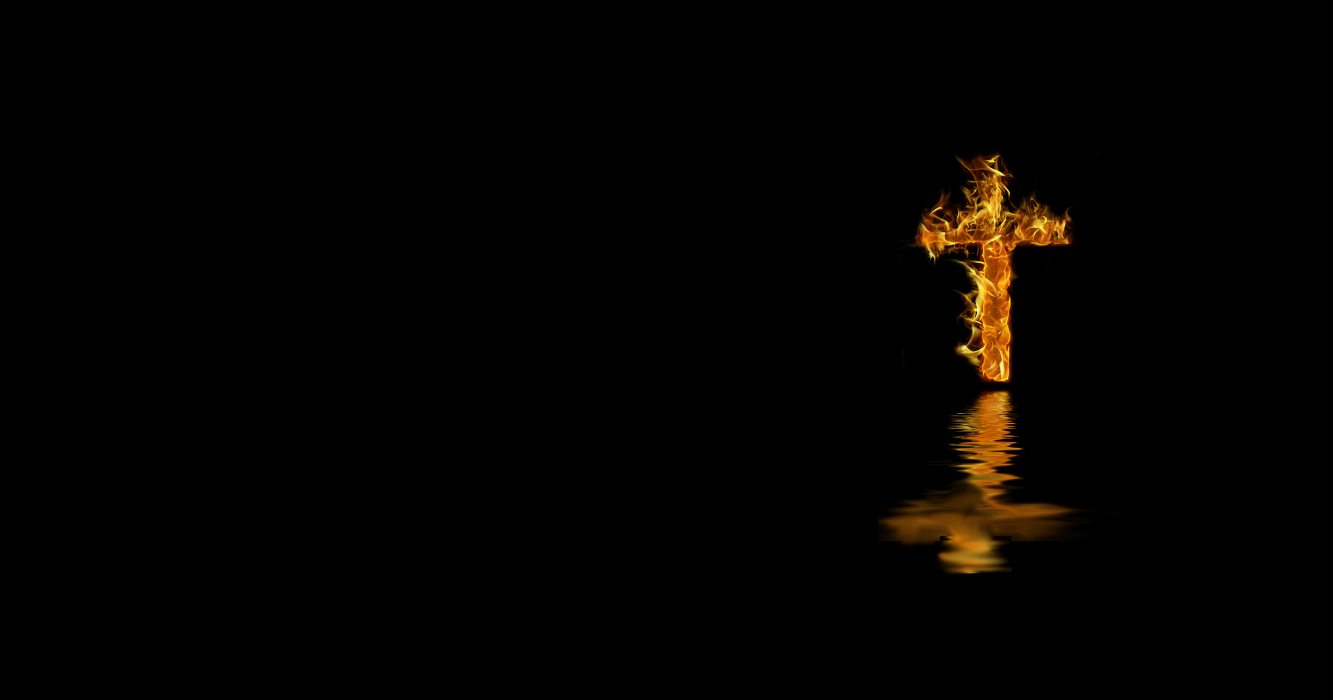 It seems one can hardly watch television anymore without the bombardment of profanity, sexual content, violence, wizardry, and promiscuity –and that’s just the commercials! Fifty years ago such immoral content would have been considered too scandalous to be aired on live TV. Yet today, such programs are not only watched but promoted and encouraged. Where has America gone?

“But realize this, that in the last days difficult times will come. For men will be lovers of self, lovers of money, boastful, arrogant, revilers, disobedient to parents, ungrateful, unholy, unloving, irreconcilable, malicious gossips, without self-control, brutal, haters of good, treacherous, reckless, conceited, lovers of pleasure rather than lovers of God, holding to a form of godliness, although they have denied its power… always learning and never able to come to the knowledge of the truth.” 2 Timothy 3:1-5,7

How did our nation end up at this point of moral decay? The answer, quite simply, is that it happened slow and steady. Kind of like the analogy of the frog in the kettle. If you stick a frog in a pot of boiling water, it will  instantly jump out. However, if you stick that same frog in a pot of lukewarm water and slowly, over time, raise the temperature. Then it will boil to death because it doesn’t realize the waters temperature rising. It just stays in the pot until its utter death. This is what is happening to America, and our politicians are using the frog method to slow boil our freedoms and morality away.

In the video below I delve through a sinister act that is taking America by surprise! I reveal how common core is not only brainwashing our children but how it will one day knock us all in the face when we realize the extent of it’s reach. I further detail how Christianity is being specifically targeted and how Christians are in GRAVE danger. Here is the CRUCIAL report….

Christian Persecution – A religious persecution that Christians sometimes undergo as a  consequence of professing their faith, both historically and in the current era. In the two thousand years of the Christian faith, about 70 million believers have been killed for their faith, of whom 45.5 million or 65% were in the twentieth century according to “The New  Persecuted.”

Persecution still remains a present day problem. Even though we may not be in the midst of the trials, they are still happening around us. In fact, America currently has a system in tact that monitors religious freedom around the world, called Countries of Particular Concern (The CPC list), under the IRFA (International Religious Freedom Act). This executive summary places countries around the world into categories of concern. The countries contained in this list experience religious freedom restrictions of some sort. Currently sixteen countries have been recommended for the CPC designation by the commission:

1- Burma – According to the CPC list, they have some of the world’s worst human rights abuses, including rape, torture, ethnic cleansing, conscription of child soldiers, and particularly severe religious freedom violations. Restrictions are placed on certain religious practices. Religious groups, including Christians, Muslims, and Buddhist monks are often faced with intrusive monitoring, arrest, mistreatment, destruction of property, severe restrictions on worship, education, and religious activities, and are targeted for violence. Click here to read more on Burma.

3. Egypt- There are serious problems of discrimination, intolerance, and other violations against religious minorities. Military and security forces are known to use excessive force and live ammunition targeting Coptic Christian demonstrators and places of worship resulting in dozens of deaths and hundreds of injuries. The government also continues to prosecute, convict, and imprison Egyptian citizens charged with blasphemy. Click here to read more on Egypt.

4- Eritrea – They engage in systematic religious freedom violations. This includes torture, ill-treatment of people, arrests, and detentions. Hundreds of members of unregistered churches are said to be detained without charge, mistreated and tortured. Click here to read more on Eritrea.

5- Iran – Islam is the main religion. There are ongoing severe violations of religious freedom including torture and executions. There is also prolonged detention based solely on the religion of the accused. They also discriminate their citizens based off their religion. Click here to read more on Iran.

6- Iraq – Severe abuse of religious freedom exists. Minority religious groups are targeted, violated and intimidated, as well as a large number of religious-motivated killings. Many people are leaving the country due to their violent stand on their Islamic beliefs. Click here to read more on Iraq.

8- North Korea – Government has strict control over their people, including their religious freedoms. Citizens are forced in a certain belief system and if they do not follow it, they can be tortured, publicly executed, imprisoned, and more. Many believers are put into labor camps. They have one of the words worst repressive regimes. Click here to read more on North Korea.

9- Pakistan – Religious motivated violence persists. Laws against blasphemy remain, which stipulate life imprisonment for defamation of the Koran and a death sentence for blasphemy against Muhammad. Click here to read more on Pakistan.

10- Saudi Arabia – No religious freedom exists, all citizens must adhere to Sunni Islam. Others are imprisoned, tortured, detained, etc. for engaging in other religious activities. Click here to read more on Saudi Arabia.

11- Sudan – The government considers itself an Islamic government, which severely restricts religious practice of all other types of religion. They have violations of apostasy that could ultimately end up in the death penalty. Their restrictive Shari’ah law (Islamic law) attacks and threatens the Christian community. Acts of genocide have been known to take place. Click here to read more on Sudan.

12- Tajikistan – There are many violations on religious freedoms. The state suppresses and punishes all religious activity and imprisons individuals on unproven criminal allegations linked to religious affiliation.Click here to read more on Tajikistan.

13- Turkey – Any non-Muslim religion is persecuted. Click here to read more on Turkey.

14- Turkmenistan – Religious groups must be registered by the government. Many denominations, whether registered or not, often can’t rent places to worship and if they meet in an unapproved area, such as a private home, they are subject to police raids or court-imposed fines. Click here to read more on Turkmenistan.

15- Uzbekistan – Strict laws on religion limit the ability of religious communities to function. Thousands are imprisoned and continue to be beaten or tortured in detention. Click here to read more on Uzbekistan.

Not only are these thirteen countries a concern, but the CPC has a watch list containing the following countries: Afghanistan, Belarus, Cuba, India, Indonesia, Laos, Russia, Somalia, and Venezuela. These countries are considered borderline and many eventually end up with aggressive religious persecution. Please note that persecution is not limited only to the above countries. In fact, more than 40 nations around the world experience some sort of Christian persecution.

All this to say, that persecution is happening, and just because we do not live in a country with a hostile environment, does not mean that we should be blind to the fact that these events are occurring. As people with religious freedoms, it is hard to grasp the concept of a mere alternative. Christ is unquestionably here and his presence is seen through the on-going battles that exist.

Whether you want to believe these events are happening or just push them under the rug is up to you, however, these events did occur and unfortunately are still occurring today. For we are getting close to the day that here in American we will suffer extreme persecution. It is at the door! Executive orders have been signed by our President, labor camps have been setup, our government has stockpiled guns and ammo,Christians have been put on the terrorist list.

For the Bible tells us in the last days…

Globalists Just Initiated Their Biggest Depopulation Attack Ever on Humanity! Here’s How To Fight It…