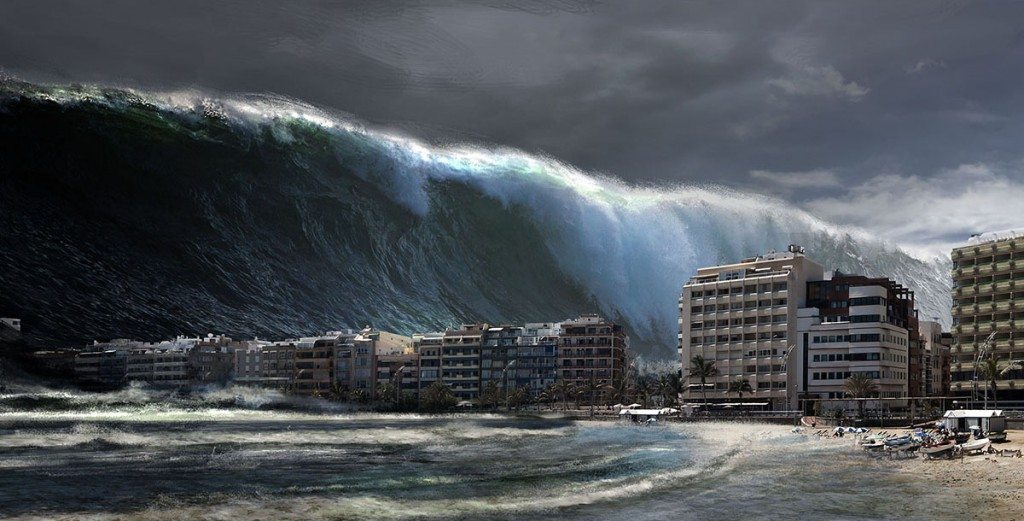 Like many things here in America a massive tsunami event is long overdue. They are said to occur every 400-600 years and we’re long past the 600 mark. States such as California, Oregon, Washington and Alaska have summoned scientists from the Seismological Society of America, to meet and create detailed plans on how to combat the threat of a tsunami. If we consider the fact that since the year 1850 over 440,000 people have died worldwide due to tsunamis and  that these states are taking bold steps to prepare, then we must consider the possibility that a tsunami is a real threat to our country.

However, tsunami are not the only threat! Many of our major fault lines are long overdue for a “shaking” and scientists are preparing for “the big one.” Some of the ones they are concerned about include the Cascadia fault, the San Andreas fault, the San Jacinto fault, the Hayward fault, and the New Madrid.

Here’s more on this breaking report…

Explosive! Inside Information Reveals A Tragic Collapse Is On Its Way-2016?! (VIDEOS)

A Rise Of An Ancient Evil Rears It’s Head at The NSA: Christians Are In BIG Trouble!