Scientists Are In Too Deep: Eerie “Transcendence” Avatar Ready For Human Consciousness Delivery

Ever see the movie Transcendence with Johnny Depp? The fictional movie where a dying scientist opts to transport his human consciousness into a super computer where he can live on forever.
3 August 11, 2016 11:42 am by Lyn Leahz

Ever see the movie Transcendence with Johnny Depp? The fictional movie where a dying scientist opts to transport his human consciousness into a super computer where he can live on forever. If not, you may want to see it because this is exactly where scientists at www.2045.com are headed…one large step into transhumanism and one giant leap away from human kind!

What you are about to witness in the video below, is the bold move from transhumanistic scientists who aim to ‘perfect the evolutionary race’ by literally playing God. According to their website the main goals include:

For a price, these avatar beings can currently be purchased for your use towards immortality. All that and more in this striking report….

However, such technology comes at not only a physical price, but also with a stark warning if it’s used in alternative ways.

Last year at the International Joint Conference On Artificial Intelligence (IJCAI) held in Buenos Aires, various scientists, physicists, biologists, robotics engineers, and hundreds of other AI experts confessed their concerns via a warning letter stating that the use of Artificial Intelligence to engage select targets without human intervention could cause major problems in the future if something isn’t done now to stop it.

Here is that report…

Here are some of the quotes from the autonomous weapons letter issued by AI and robotic researchers:

“Autonomous weapons select and engage targets without human intervention. They might include, for example, armed quadcopters that can search for and eliminate people meeting certain pre-defined criteria, but do not include cruise missiles or remotely piloted drones for which humans make all targeting decisions. Artificial Intelligence (AI) technology has reached a point where the deployment of such systems is — practically if not legally — feasible within years, not decades, and the stakes are high: autonomous weapons have been described as the third revolution in warfare, after gunpowder and nuclear arms.”

“…The key question for humanity today is whether to start a global AI arms race or to prevent it from starting. If any major military power pushes ahead with AI weapon development, a global arms race is virtually inevitable, and the endpoint of this technological trajectory is obvious: autonomous weapons will become the Kalashnikovs of tomorrow…

…We therefore believe that a military AI arms race would not be beneficial for humanity….” >>>link

For at least two decades technologies have been designed to target and examine human beings.

Currently software programs have been developed that observe us and make predictions about what we are going to do in the future. This in and of itself is a problem of epic proportions, but something far worse is headed our way.

Researchers who are building human-implantable microchips say it is only a matter of time before these systems become widespread.

Odds are you’re most likely carrying a few RFID chips at this moment. In which case, they’re transmitting a 15 digit number that identifies you. These numbers can be gathered by an ISO compliant scanner. And they are all over.

But the truth is many of us can’t live without our iPhones and technology and its possible these human implants are likely headed in the same direction. Which many eschatologist fear could lead to the mark of the beast and possible DNA alteration into some sort of transhuman….

Your first thought may be one of disbelief, however there is no way society can escape such a devise. It’s inevitable in this technological advanced realm.

Take this into consideration. For years Americans rejected the idea of tracking devices, now we’ve welcomed NSA and our phones to observe and collect data on our every move. In fact every iPhone has an RFID microchip embedded in it. They know our GPS location; where we go morning, noon, and night; what our appointments are; and more. Moreover, the cameras on your phone can be remotely activated by law enforcement as surveillance systems.

But as intrusive as these are, they are widely accepted as the norm. Simply put, we’ve become the masters of our own enslavement and pay high dollar to do so.

The way we are headed grouped with the continuous government development of surveillance suggests that RFID microchip technology will eventually be non-voluntary.

Can you image what our tyrannical government could do with such power? The possibilities are endless. They could create a microchip implant that changes the DNA of humans creating a sort of super human and it could be used as the Mark of the Beast spoken of in the book of Revelations.

In fact the Bible speaks of a time when no one will be able to buy or sell without a mark (Rev 13:17). Image going into a store and not being able to buy without your implant. What would you do?

While it is difficult to image such a possibility of acceptance at this point, I do fear it is likely in the near future through a slow process—frog in the kettle sort of thing— and I believe many will openly submit to this bondage as we have allowed in the past times with mass surveillance technologies. There really isn’t much difference.

Image having to be verified as a human. Image this RFID altering your DNA to make you stronger, telepathic, bolder, prettier, etc. The possibilities are endless. Will you then allow it to be implanted in your body knowing it could lead to your doom eternally? This just may be the question we are faced with in the near future!

“He causes all, both small and great, rich and poor, free and slave, to receive a mark on their right hand or on their foreheads, and that no one may buy or sell except one who has the mark or the name of the beast, or the number of his name.”  Revelations 13:16-17 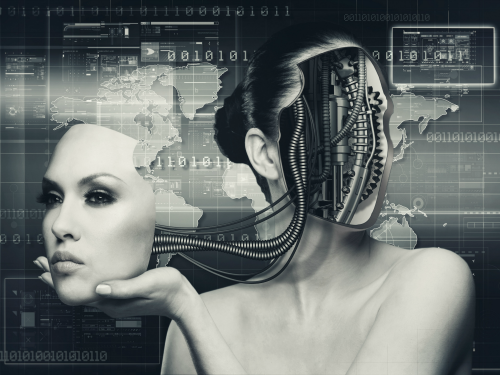 Truthers Be Ready! Strange Email Keeps Rearing Its Head and Here’s Why You Need To Know About It

Cryptic Key To The Literal Gates Of HELL Discovered: Anthony Patch Tells It All