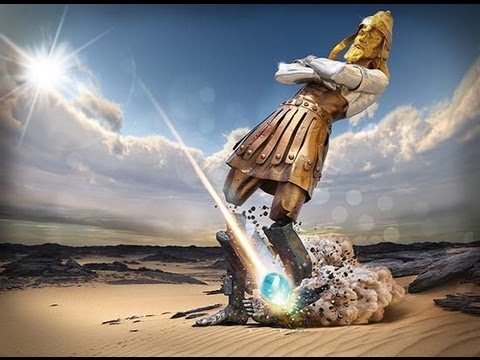 Ever wonder what the Bible might be referencing when it states that iron will mix with clay; two substances that have no business mingling are mingling?

SkywatchTV’s Derek Gilbert, believes he might have the answer to that very question. In the video below he discusses how scientists have created artificial DNA molecules that bond together with mercury atoms instead of hydrogen and how this might be the beginning of the fulfillment of Daniel’s prophecy. He further discusses the serious implications it can have and how it’s linked to King Nimrod.

I believe you’ll find what he has to say rather interesting. Here is the breaking report…

Back in the days of Noah the earth was living in a very unique time period. Nephilim (hybrids of humans and fallen angels) roamed the earth and all kinds of mixing of DNA was going on. Needless to say God was not happy with his observations of an immoral generation that was messing with DNA and flooded the earth.

There are countless stories among different people groups that speak of a great flood that occurred many generations ago. Therefore this belief is not just a “Christian” belief, but it spans many religions worldwide. Paintings, pictures, and cave drawings all expose not only knowledge of such advanced ‘beings’ but also knowledge of the ability to mix the DNA of man and beast. As a result mythical stories across countless civilizations arose including megalithic structures and ancient artifacts reflecting such displays.

Today human kind is once again messing with God’s creation by mixing DNA and rewriting the human genes. As it was in the days of Noah so it is today.

With this in mind could we see judgement coming our way once again? After all God was very upset with Noah’s generation when they mingled DNA and we have been warned in the Bible not to do such things.

“But God gives it a body as he has chosen, and to each kind of seed its own body. For not all flesh is the same, but there is one kind for humans, another for animals, another for birds, and another for fish.” 1 Corinthians 15:38-39

Mysterious Sounds Driving People MAD: Sounds In the Skies, In the Seas, and Now In Space! Originating From One Location! Is There a Link? Find Out Now!