Hell’s Gates To Be Opened Next Month-Literally! United Nations Creating Satanic Portals To Open Globally This Year! Will 2016 Be the Year of the Antichrist? (Videos)

Revelation 6:2 And I looked, and behold, a white horse. He who sat on it had a bow; and a crown was given to him, and he went out conquering and to conquer.

What is America doing? Are we intentionally trying to force the hand of God on this nation? Christians and conservatives alike should literally be outraged at this point for what our Satanic government and Luciferian United Nations is bringing on the people of, not just the United States of America, but the entire world! If you are not righteously angry by now, you need to be! If you are not taking time out daily to get inside of your prayer closets, now is the time!

As if it wasn’t bad enough, the United Nations is constructing satanic temples of BAAL in New York City and in Great Britain!  And, they hope to construct one of these temples in every major city, globally!  In my feature video, I have included information I share that is not included in the articles on the internet! So be sure and check out my video and share this article so others will know the truth!

I realize that the headline of this article sounds like it must be false, but it is actually completely true. The Temple of Baal (also known as the Temple of Bel) was a world famous landmark that was located in Palmyra, Syria. In August 2015, this temple was destroyed by ISIS, and most of the world recoiled in terror at the loss of a “cultural heritage site”. In an attempt to “preserve history”, two exact replicas of the 50 foot arch that stood at the entrance to the temple will be erected in April 2016 in Times Square in New York City and in Trafalgar Square in London. Needless to say, a lot of people are quite disturbed by this. In ancient times, child sacrifice and bisexual orgies were common practices at the altars of Baal, and now we are putting up a monument of worship to this false god in the heart of our most important city.

When I first came across this story, I could hardly believe it. But this is not just some Internet rumor. This was reported by the New York Times…

NEXT month, the Temple of Baal will come to Times Square. Reproductions of the 50-foot arch that formed the temple’s entrance are to be installed in New York and in London, a tribute to the 2,000-year-old structure that the Islamic State destroyed last year in the Syrian town of Palmyra. The group’s rampage through Palmyra, a city that reached its peak in the second and third century A.D., enraged the world, spurring scholars and conservationists into action. Numerous nongovernmental organizations are now cataloging and mapping damaged cultural heritage sites in the region.

Of course most non-religious Americans don’t understand who Baal was, nor do they really care.

But the truth is that many of the elements of ancient Baal worship are being mirrored in our society in 2016. The following is an excerpt from an excellent article by Matt Barber…

The natural consequences of such behavior – pregnancy and childbirth – and the associated financial burdens of “unplanned parenthood” were easily offset. One could either choose to engage in homosexual conduct or – with child sacrifice available on demand – could simply take part in another fertility ceremony to “terminate” the unwanted child.

Modern liberalism deviates little from its ancient predecessor. While its macabre rituals have been sanitized with flowery and euphemistic terms of art, its core tenets and practices remain eerily similar.

So considering the child sacrifice and sexual immorality that we are engaged in today, perhaps it is only natural for us to have a Temple of Baal in Times Square. 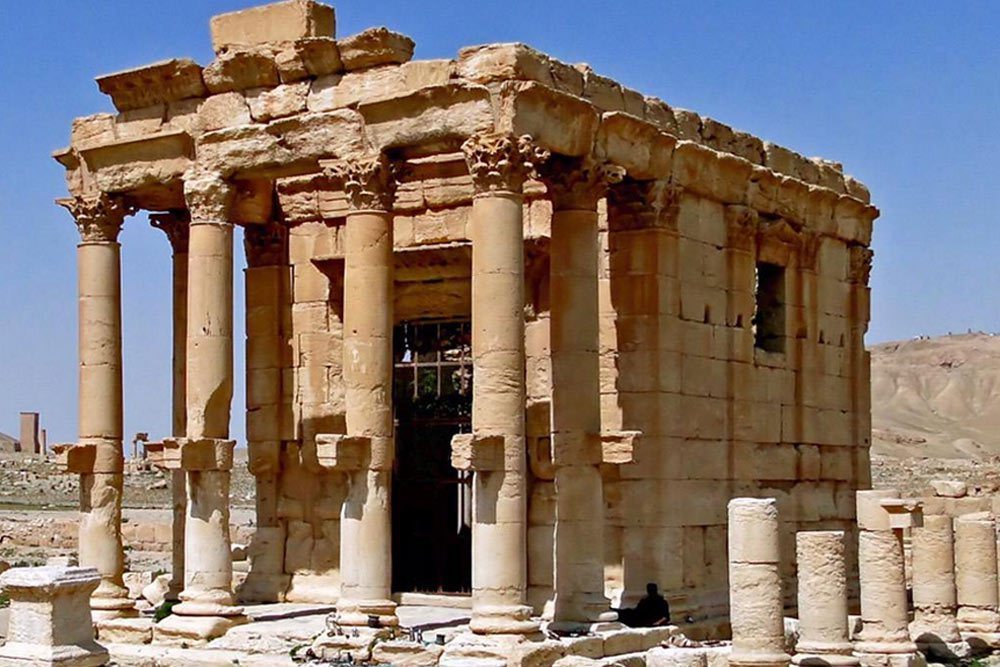 There is much more than this, and what is included in my video are things you can’t afford to miss! Please share this article so that others will know the truth!

One question must be asked: Are these satanic portals and places of worship for the coming Antichrist? Only time will tell! However, all the signs are before us, and they are loud and clear—the tribulation is about to begin!

This Paralyzing Event Will Shatter America: Price Controls At a Store Near You? All Havoc Will Be Wreaked on Our Already Crashing Economy