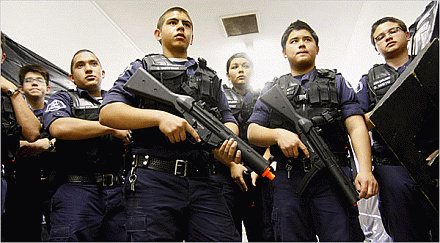 One day soon, every American will wake up to realize just how bad America has become, and that they are no longer living in a land of freedom and opportunity, but rather, a land of socialized tyranny.

Back in 2008, Barack Hussein Obama made one of his most tyrannical statements to date, he said, “We cannot continue to rely only on our military in order to achieve the national security objectives that we’ve set. We’ve got to have a civilian national security force that’s just as powerful, just as strong, just as well-funded.”

This one statement alone should send chills down every American spine because it’s a terrifying   resemblance of Adolf Hitlers “brown shirts” just placed under a new “package”.

On March 23rd, 2010 Obama’s vision became law of the land, and surprisingly enough this was the same day Adolf Hitler’s Enabling Act was passed in 1933. Coincidence? I think not! But just what was this law that Obama pushed through allowing him access to a “brown shirt” civilian force? It was H.R. 3590 Patient Protection and Affordable Care Act, aka Obamacare.

In Section 5210 of the bill it reads: “ESTABLISHING A READY RESERVE CORPS.” Why on earth would we need a reserve corps for medical? Are they going to be performing operations on us, I highly doubt, but I do believe there is a more sinister agenda in mind.

Here’s more on this CRUCIAL report…

Obama signed into law a bill granting him ultimate authority to create a standing army of “brown shirts” to carry out his direct commands, without the consultation of anyone. We are no longer in a free America!