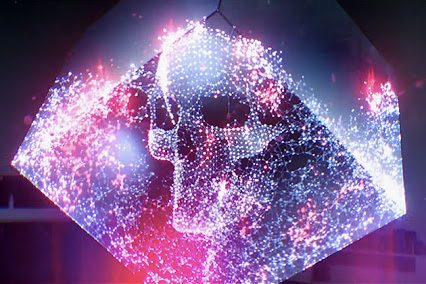 “Beneath the broad tide of human history there flow the stealthy undercurrents of the secret societies, which frequently determine in the depths the changes that take place upon the surface” A. E. Waite (Hermetic Order of the Golden Dawn)

This hierarchical pyramid-structured network is frequently recruiting and placing members in key prominent positions. They groom politicians, media personnel, presidents, and others who they brainwash to do their bidding.

Often people are bribed, blackmailed, or recruited and sworn into these secret societies. Then, under blood-oaths to which they must remain loyal, these brotherhood initiates follow orders throughout their terms in office.

“You see, if you amount to anything in Washington these days, it is because you have been plucked or handpicked from an Ivy League school Harvard, Yale, Kennedy School of Government you’ve shown an aptitude to be a good Ivy League type, and so you’re plucked so-to-speak, and you are assigned success. You are assigned a certain role in government somewhere, and then your success is monitored and tracked, and you go where the pluckers and the hand pickers can put you.” Radio Talk show Host Rush Limbaugh, Feb. 7th, 1995

Some of these blackmailing groups include, but not limited to: the Freemasons, the Illuminati, Bohemian Grove, Skull and Cross Bones, Council of Foreign Relations, Club of Rome, Bilderberg Group, Trilateral Commission, and the Royal Institute For Internal Affairs.

“A disturbing majority of the House and Senate representatives hold membership to elite organizations publicly sworn to destroying America in favor of a Globalist one world order system. This trend ranges from the now public U.S. centered Council on Foreign Relations through the Trilateral Commission to the quasi-secret internationalist Bilderberg Group.

“At the end of the spectrum we even see occult influences like Skull and Bones along with the Freemasons. The justification for a zealously ordered One World Government is chaos. Terrorism is the premier method for fomenting this chaos.”

In the video below Youtuber Nicholson1968, reports on what it is these illuminati creeps are sharing with their children—those who follow their rule—and how demented, prevented, and satanic it is….

(Note- Views in the video are that of Nicholson1968, not necessarily that of Lisa Haven)

“The very word ‘secrecy’ is repugnant in a free and open society, and we are as a people, inherently and historically, opposed to secret societies, secret oaths, and secret proceedings … For we are opposed around the world by a monolithic and ruthless conspiracy that relies primarily on covert means for expanding its sphere of influence. It depends on infiltration instead of invasion, on subversion instead of elections, on intimidation instead of free choice.

“It is a system which has conscripted vast human and material resources into the building of a tightly knit, highly efficient machine that combines military, diplomatic, intelligence, economic, scientific, and political operations. Its preparations are concealed, not published, its mistakes are buried, not headlined, its dissenters are silenced, not praised, no expenditure is questioned, no secret is revealed … I am asking your help in the tremendous task of informing and alerting the American people.” JFK

“The high office of President has been used to foment a plot to destroy the American’s freedom, and before I leave office I must inform the citizen of his plight.” John F. Kennedy at Columbia University, Nov. 1st, 1963, 10 days before his assassination

Economic Crisis and an Extraordinary Vision From God About America’s Fate, It’ll Rock Your Core…