Facebook’s Diabolical NEW Initiative Is Causing a Mass Exodus! What They Don’t Want Out Is Now Public! 1000’s Shut Down! 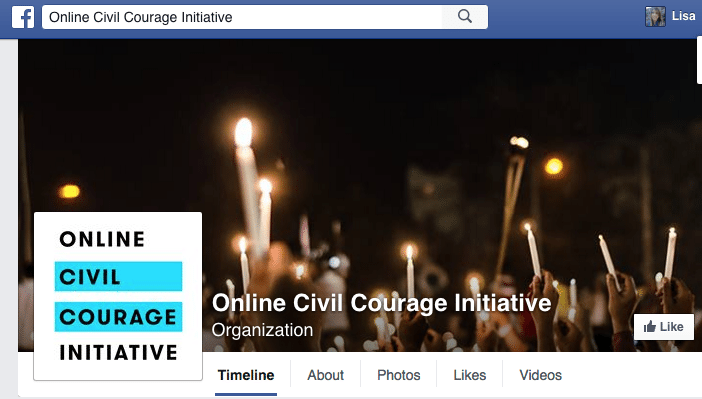 In January 2016, Facebook launched what it’s calling the “Initiative for civil courage online.” This “initiative” claims to remove hate speech from Facebook by censoring anyone and removing comments of those who promote “xenophobia.” Facebook openly erase “racist” posts from their site.

However, the problem is their definition of “racist” is not your typical term. For example a British journalists named Douglas Murray recalled an account where Facebook permitted anti-Israel posting and censored equivalent anti-Palestinian postings. If Facebook were truly worried about “racist” posts, then why not censor both.

Furthermore Mark Zuckerberg was caught on open Mic speaking with German Chancellor Angela Merkel stating that he would suppress any “anti-immigration” posts. Therefore making it “racist” to have any comments against mass immigration.

But that’s not all Facebook is doing! Their limiting of our free speech has gone to new levels! Here’s more on this URGENT report…

I believe Breitbart hit the nail on the head about what Facebook is doing when they said:

“Citizens must learn to weigh their words very carefully.  That’s a way of teaching them to weigh their very thoughts carefully, internally policing themselves, lest external social-justice police have to be called in.  We are told to accept this new, constrained view of free expression because only “bad” thoughts will be suppressed, but as Murray demonstrates, the definition of bad-thought becomes elastic very quickly, and the ability to write those definitions is a source of incredible power.”

I don’t know about you but I’ve about had it with outlets that continually lie, manipulate, and abuse the masses for their own gain. Specifically Facebook, Twitter, and countless others working towards the elite agenda with little recourse about the impact they are having on humanity so long as their pockets are filled with money.

It’s time for us Americans to take a stand against such groups and make our voices heard. If we continue to allow these manipulative giants to rule over us then we can kiss our freedoms goodbye. I for one, won’t stand by and let it happen. I will share what they are doing with everyone and anyone willing to listen. I will no longer allow them to rule over me in such a manner that they know every jot and tittle about my life and I believe you feel the same way.

That said, if by now you haven’t figured out that Facebook is in cahoots with the government, then I feel for you but for those who are well aware of the issues it’s high time you readied yourself to switch over to Seen.life. It is a fairly new site that is similar to Facebook but without all the censorship crap.

Here are some of the differences you’ll find at Seen.Life:

No censorship! Keep in mind they do have a Terms of Service that will need to be followed for things like pornography, copyright violations and defamation. If we receive a complaint, we’ll investigate.  If you are accustomed to the freewheeling style at Before It’s News, we think you’ll enjoy Seen.is

NO ID required. Facebook is now asking certain people for their ID’s.  That’s beyond the pale. You can use whatever name you’d like at Seen and no ID required.

They won’t sell your data, in fact they don’t even collect it (other than your email so you can receive notifications).  It’s hosted in Iceland and selling data isn’t allowed there.  A very good reason to go visit Iceland.  A lot of very friendly people there, too.

No limit to your account’s friends. If you’re popular enough to get over 5,000 friends, we think that’s great!  More power to you!

Private and secure chat rooms! These are strongly encrypted and there’s no snooping.

With the way Facebook is headed it’s not going to be a place you want to stay. Sign up and create an account at Seen.Life and get away from this invasive censorship!

Alternative To FakeBook, Twitter, and the rest of the censorship sites:

President Obama To Do This Before Exiting the White House: His Most Draconian Move To Set Up A Hitler Style America….

These Growing Trends Should Terrify Americans! Is a Civil War and Economic Crisis Happening In 2016?