Explosive! Inside Information Reveals A Tragic Collapse Is On Its Way-2016?! (VIDEOS)

We keep hearing news about an economic collapse, but when? We know it is going to happen, and everyone keeps warning. What’s more, the numbers DO NOT lie. Not only does my contact’s testimony shared in my video interview reveal some pretty chilling and straight-forward information, but Michael Snyder of the Economic Collapse Blog has a few alarming insights himself.

According to Michael Snyder:

The elite are fleeing major cities around the globe at a staggering rate.  In fact, the Chicago Tribune is reporting that approximately 3,000 millionaires left the city of Chicago alone during 2015.  The same study discussed in that Chicago Tribune article found that 7,000 millionaires left Paris, France last year.  So why is this happening?  Why are thousands of millionaires suddenly packing up and moving away from the big cities?  Could it be possible that they have many of the same concerns that “preppers” do about what is coming?

For quite a while, I have been writing about how the elite have been preparing for the coming collapse.  But I had no idea that literally thousands of them are packing up and permanently leaving our major cities.  As I mentioned above, the Chicago Tribune is reporting that about 3,000 of them left the city of Chicago alone during the previous calendar year…

Millionaires are leaving Chicago more than any other city in the United States on a net basis, according to a new report.

About 3,000 individuals with net assets of $1 million or more, not including their primary residence, moved from the city last year, with many citing rising racial tensions and worries about crime as factors in the decision, according to research firm New World Wealth.

But of course this is not just happening in Chicago, nor is it just an American phenomenon.

Actually, the two cities that lost the most millionaires last year are both located over in Europe…

It is true that some of these millionaires are moving for tax reasons, but many others are quite concerned that humanity is hurtling toward a deeply apocalyptic future, and they want to get prepared for what is about to happen while they still have time.

In eastern Germany, one company known as “Vivos” has spent an enormous amount of money converting an underground facility built by the Soviets during the Cold War into the largest private shelter on the planet.  It is called “Europa One”, and it is being billed as an ultra-luxury survival bunker for the elite.

Explosive! Inside Information Reveals A Tragic Collapse Is On Its Way-2016?!

Located in the heart of Europe is one of the most fortified and massive underground survival shelters on Earth, deep below a limestone mountain. Built by the Soviets during the Cold War, this shelter was a fortress for military equipment and munitions. Now privately owned, this 76 acre above and below ground hardened facility is capable of withstanding a substantial close range nuclear blast, a direct airliner crash, biological and chemical agents, massive shock waves, earthquakes, electro-magnetic pulses, and virtually any armed attack.

This irreplaceable complex is now being re-tasked as Vivos Europa One, becoming the world’s largest and most fortified underground shelter for long-term, uncompromising protection of high net worth individuals, their families, and most precious assets when no other above-ground exfiltration solution will suffice.

The complex includes over 21,108 square meters (227,904 square feet) of secured, blast proof living areas; and, an additional 4,079 square meters (43,906 square feet) of above-ground office, apartments, warehouse buildings, and its own train depot. Collectively there are over 5 kilometers (3.1 miles) of continuous tunnel chambers. 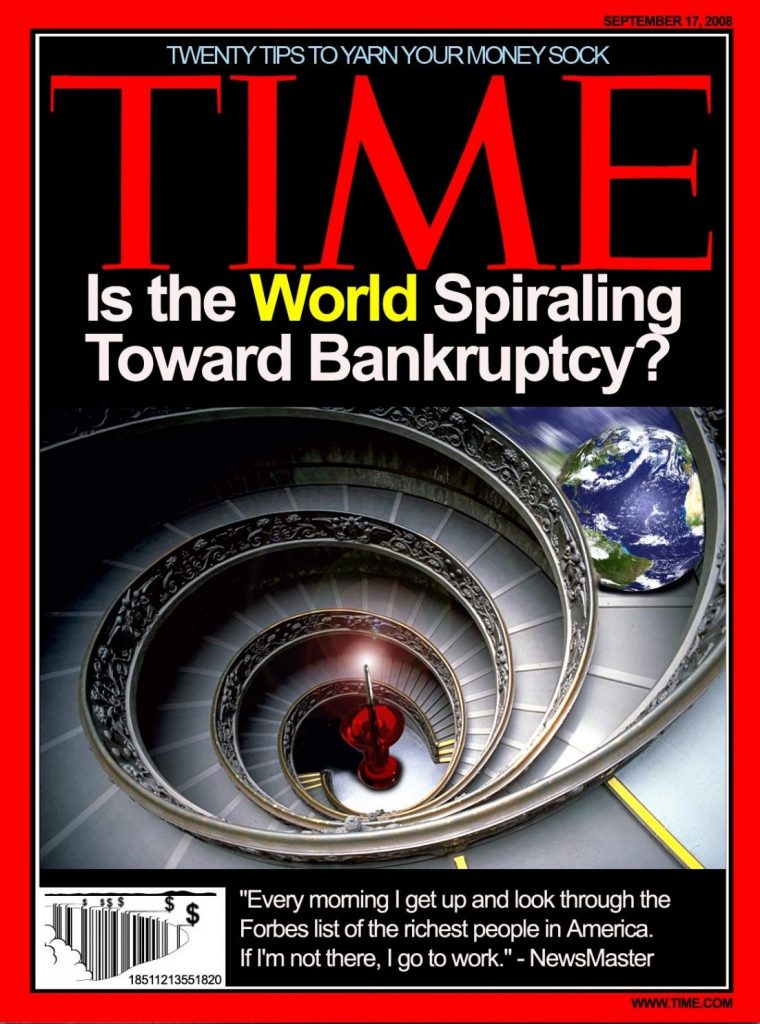 In another article, Michael also mentions three classic recession signals that are “flashing red”.  Here’s what he had to say about that:

Those that were hoping for an “economic renaissance” in the United States got some more bad news this week.  It turns out that the U.S. economy is in significantly worse shape than the experts were projecting.  Retail sales unexpectedly declined in March, total business sales have fallen again, and the inventory to sales ratio has hit the highest level since the last financial crisis.  When you add these three classic recession signals to the 19 troubling numbers about the U.S. economy that I wrote about last week, it paints a very disturbing picture.  Virtually all of the signs that we would expect to pop up during the early chapters of a major economic crisis have now appeared, and yet most Americans still appear to be clueless about what is happening.

Even I was surprised when the government reported that retail sales had actually fallen in March.  Consumer spending is a very large part of our economy, and so if consumer spending is slowing down already that certainly does not bode well for the rest of 2016.  The following comes from highly respected author Jim Quinn

The Ivy League educated “expert” economists expected March retail sales to increase by 0.1%. They only missed by $6 billion, as retail sales FELL by 0.3%. They have fallen for three straight months. At least gasoline sales were strong, as prices have risen 22% since mid-February. That should do wonders for the finances of American households. If you exclude gasoline sales, retail sales fell by 0.4%. As the chart below reveals, the year over year change in retail sales has been at or near recessionary levels for most of 2015, and into 2016.

People keep asking me, “How do people who have a limited or fixed income prepare for such an event?”  My video interview above outlines what people can do to prepare, especially those who have a limited or fixed income. Please listen to it and share this article.  Among the many things happening around the world that fulfill Bible Prophecy, a major collapse of the economy is indeed one of them.  I believe wholeheartedly we are the generation who will see the return of our Lord and Savior, Jesus Christ. That being said, I believe things are happening faster and faster every year, just like ‘a woman in labour’. I am doing all that I can to warn those of you who subscribe to me that time is very short at this point, and we must be prepared in every way possible—spiritually, physically, mentally, emotionally, etc. Please, if you do nothing else at all, pray and stay close to Jesus Christ.

AmeriGEDDON – Official Trailer “You Were Warned”

Prepare To Be Shaken! Governments Deadliest Secrets Unveiled in These Documents