EMP Alert! N. Korea Has Satellites In US Skies Capable Of Sending Us Back Into The Dark Ages, Literally! 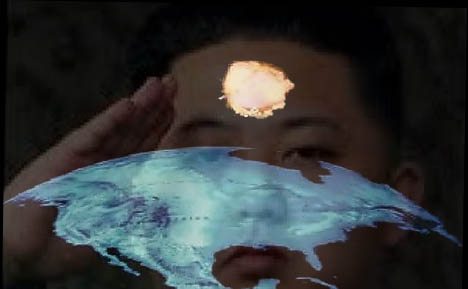 Is a great evil about to befall our nation? The entire world is on edge and senses that something major is about happen and one would have to be in denial not to see something is right around the corner. Our government has been preparing for years by storing up food, supplies, and ammo. Also emergency red alert tests have been going out like clockwork, not to mention the media blackouts on the topic. What on earth is going on?

Could it be the fact that North Korea now has two satellites orbiting our country that are capable of setting off an EMP attack, at least that is the warning given to us from Peter Vincent Pry the executive director of the Task Force on National and Homeland Security and director of the US Nuclear Strategy Forum, who told Joseph Farah’s G2 Bulletin that the satellites can be commanded either to de-orbit and hit a target on the ground or explode at a high altitude to create an EMP effect that would knock out the unprotected U.S. national electrical grid system.

If an EMP were to strike in America it would shut down life-sustaining critical infrastructures including: communications, transportation, finances, oil pipelines, sanitation, food and water distribution, emergency services and more….

But that’s not all!

In a video I put out back in February of this year I expose how the government is specifically preparing for an EMP or CME attack and how they are now teaming up with amateur radio operators “just in case.” Considering they are aware of North Korea’s satellites are are doing NOTHING about them, one can only assume that it’s intentional and that they just might be planning a false flag EMP attack here in America….

A Rise Of An Ancient Evil Rears It’s Head at The NSA: Christians Are In BIG Trouble!