Disaster Ahead! Wait Until You See What 20 World Leaders Have Planned! What’s About To Happen Could Usher In Hell On Earth, Literally! 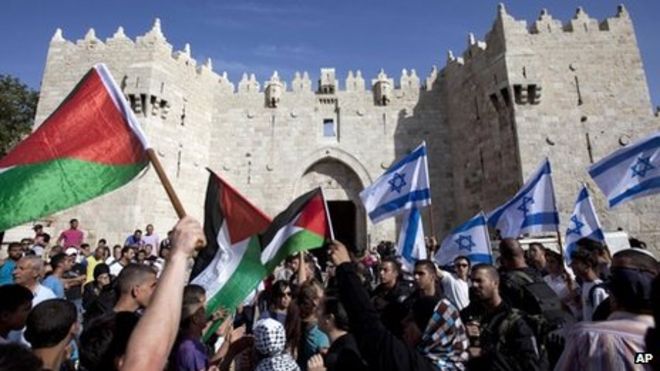 If you have never heard the term “we are living in the latter days”–a term that prophecies about a time period that will occur at the very end of our age—then it’s about time you’ve become well acquainted with the words. Because we are living in the latter days and we are the generation that will witness prophetic fulfillment of Biblical prophecy.

The Bible doesn’t lack when it comes to prophecy. In fact there are hundreds of prophecies all throughout the Bible which predict future events and all written thousands of years before they happened. One prophecy in particular states that the Antichrist—an evil dictator believed to be Satan incarnate—rises to rule the world and gets Israel to sign a 7 year “peace” treaty:

“He [the Antichrist] will make a treaty with the people [Israel] for a period of one set of seven [7 years], but after half this time [3.5 years] he will put an end to sacrifices and offerings…”(Daniel 9:27)

It is this prophecy that we are on the brink of seeing fulfilled. In recent news report from AFP, an announcement was made that Paris planned on hosting a meeting of ministers from 20 different countries on May 30th in order to revive the peace talks between Palestine and Israel, who by the way, were not invited to the event.

Their plan included pushing the two-state solution—one Israeli and one Palestinian state living side by side and making Jerusalem a shared capital.

While the intended date for the peace summit was May 30th, it has now been rescheduled for June due to the fact that John Kerry was unable to attend.

Biblically speaking God tells Israel not to divide the land, and this is exactly what is on the table. I do believe we are on the brink of seeing another treaty. The question is, however, will it be the 7 year peace deal spoken of in the bible? Only time will tell….

The Brand New Luciferian Tattoo Agenda-YOU Are Being MANIPULATED Into Slavery! (Videos)

NWO Global Genocide Is Turning The World Upside-Down! Wait Until You See Whats On The Agenda