CERN Has a Deep, Dark Secret! Are They Opening The Portals Of Hell? Anthony Patch Tells All

CERN’s Large Hadron Collider, a 17-mile subterranean loop that smashes particles at nearly the speed of light, has become one of the main topics of discussion these last few years due to the fact that many believe it harbors a deep, dark, devious secret and has the ability to unlock other dimensions and unleash forces of darkness.

After all, the statue located on CERNS Geneva campus is the Hindu god of destruction, Shiva. Not to mention the fact hat CERNS logo looks a bit like the 666 sign of the Biblical Antichrist. Or the fact that CERN has launched bizarre dance performances seeming to praise demonic forces. 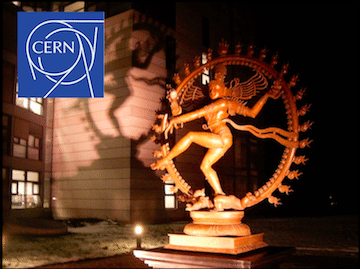 While CERN sticks to their claim of simply running tests and being a particle physics laboratory, others also stick to their claim that they are opening “portals of Hell.”

In the video below I interview Anthony Patch, avid research and author of books on CERN. I believe you will find the video rather eye-opening…

Personally, I do believe something deep, dark, and devious is happening at CERNS facility in Switzerland. Otherwise it would not be surrounded with all this occult symbolism.

New York Just Did Something Bad and It’s About To Spread Like Wild Fire To Other States…1984 Here We Come!