AN EARTH-SHATTERING CALAMITY IS ABOUT TO HAPPEN THAT IS SO FRIGHTENING, WE ARE ALL GOING TO TREMBLE – EVEN THE GODLIEST AMONG US! (Videos) 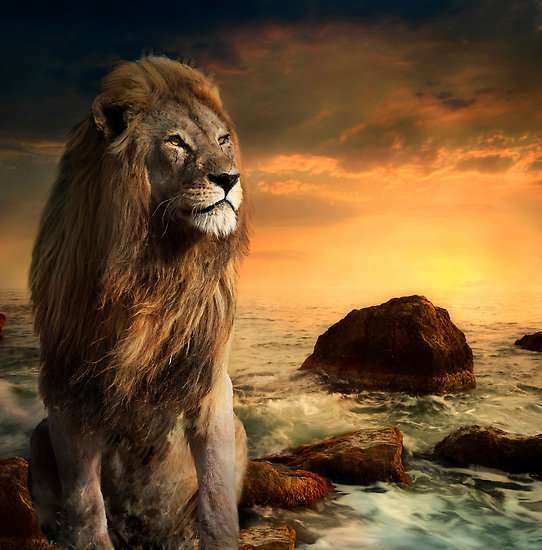 A prophecy was spoken by a powerful prophet of God many years ago. At the time, few people took him seriously, and he was despised by many in the body of Christ for his courage and obedience. But now, that same vision given him is coming to fruition. Since it is more obvious than ever before, will people finally take heed and prepare for the massive jolt we are about to experience?

MASSIVE TRAGEDY ABOUT TO HAPPEN SO FRIGHTENING, EVEN THE GODLIEST AMONG US WILL TREMBLE!

There is no doubt that many of you may be familiar with the prophecy of David Wilkerson spoken back in 1974. However, in this brand new, shocking video, you will see the events that are shaking the world, both recent and past, which prove beyond a shadow of a doubt David Wilkerson’s prophecy was right on target and that it is all coming to a nasty head right before our eyes! You will witness the very events which shed new light in places that were previously dark.

The below excerpt is from Chapter 2 of David Wilkerson’s 1974 book The Vision. This is the same David Wilkerson who is best known for his 1963 book The Cross and the Switchblade. He later founded Times Square Church in New York City.

The United States is going to experience in the not-too-distant future the most tragic earthquakes in its history. One day soon this nation will be reeling under the impact of the biggest news story of modern times. It will be coverage of the biggest most disastrous earthquake in history.

It will cause widespread panic and fear, Without a doubt, it will become one of the most completely reported earthquake ever. Television networks will suspend all programming and carry all day coverage.

Another earthquake, possibly in Japan may precede the one that I see coming here. There is not the slightest doubt in my mind about this forthcoming massive earthquake in our continent.

I am not at all convinced that this earthquake will take place in California. In fact, I believe it is going to take place where it is least expected. This terrible earthquake may happen in an area that not known as an earthquake belt. It will be so high on the Richter scale that it will trigger two other major earthquakes.

Wikipedia offers a summary of Wilkerson’s prophecies as published in The Vision. Some parts of his prophecies have already been fulfilled while others are still in progress. These prophecies include the following from March 2009, published among Wilkerson’s daily devotions:

AN EARTH-SHATTERING CALAMITY IS ABOUT TO HAPPEN. IT IS GOING TO BE SO FRIGHTENING, WE ARE ALL GOING TO TREMBLE – EVEN THE GODLIEST AMONG US.

For ten years I have been warning about a thousand fires coming to New York City. It will engulf the whole megaplex, including areas of New Jersey and Connecticut. Major cities all across America will experience riots and blazing fires—such as we saw in Watts, Los Angeles, years ago.

There will be riots and fires in cities worldwide. There will be looting—including Times Square, New York City. What we are experiencing now is not a recession, not even a depression. We are under God’s wrath.

Surely the Sovereign LORD does nothing without revealing his plan to his servants the prophets.

When specific prophecies are spoken and then happen, it tends to confirm the prophet by giving them greater credibility. Thus,  people of the USA must take heed of Wilkerson’s warnings: a massive earthquake following the one in Japan, and major rioting in New York and elsewhere.

I will say to my soul: No need to run…no need to hide. This is God’s righteous work. I will behold our Lord on his throne, with his eye of tender, loving kindness watching over every step I take—trusting that he will deliver his people even through floods, fires, calamities, tests, trials of all kinds.

On April 27, 2011, while driving east on US Route 175 in Texas, Wilkerson crossed into the westbound lane and collided head-on with a tractor trailer. He was pronounced dead on the scene. Here is an eerie statement made by Wilkerson before he went home to be with the Lord. This was his last and final blog post:

“To those going through the valley and shadow of death, hear this word: Weeping will last through some dark, awful nights,” he wrote, “and in that darkness you will soon hear the Father whisper, `I am with you. I cannot tell you why right now, but one day it will all make sense. You will see it was all part of my plan. It was no accident!”

I will say to my soul: No need to run…no need to hide. This is God’s righteous work. I will behold our Lord on his throne, with his eye of tender, loving kindness watching over every step I take—trusting that he will deliver his people even through floods, fires, calamities, tests, trials of all kinds.

Experts Urgently Warn Mega Quake To Rupture At Any Moment!