A “2016 Surprise” Is Headed Our Way! ISIS Attacks Right Around The Corner—Multiple Sources Confirm! 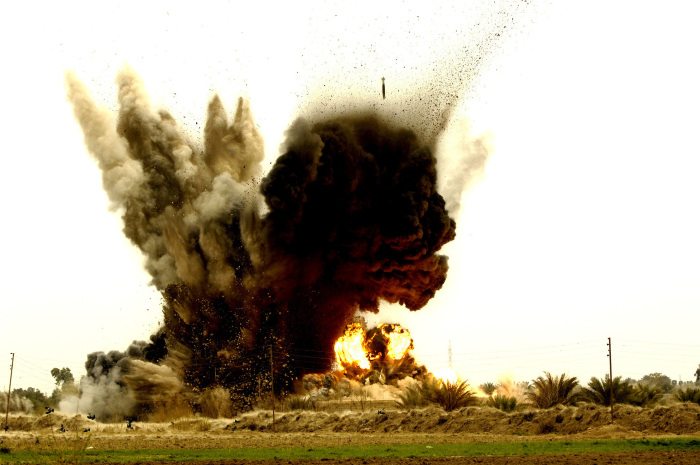 Is a “2016 Surprise” truly headed our way? According to MULTIPLE sources this could very well be the case, and considering the vast amount of Syrian refugees Obama plans to forcefully bring into this country by the hundreds-of-thousands, we could be looking at many attacks by ISIS members.

In the video below I cover the truth behind what the elite have in store for the new year, and to be frank, it’s not looking good. I include the fact that the NSA spy system is purposefully turning a blind eye to all mosques here in America and that they are allowing sleeper cells to infiltrate the country. Here is the breaking report….

This was taken in San Jose, California:

Furthermore, a 24-page ISIS document titled ‘Principles in the administration of the Islamic State’ was recently published outlining how ISIS organizes the territories it controls. It was compiled by an Egyptian who goes by the name of, Abu Abdullah.

The leaked manifesto outlines how the group is attempting to build a state that includes everything from education, to industry, to natural resources, to diplomacy, to propaganda, to military.

The entire manifesto can be found at The Guardian news website and includes a total of ten chapters outlining ISIS’s intents. Here is a quick glimpse at some of the information contained:

According to The Guardian the Introduction contains these staggering words:

“After 50 years of jihad whose sides have fallen prostrate in the totality of the land, and the states gathered against the centers of the Sunni jihad in the world, God ennobled his true soldiers whom he selected to establish the caliphate state whose fortresses had fallen at the hands of global Zionism in al-Astana [Istanbul] 100 years ago.

“Indeed the establishment of the Islamic State, its concept does not stand on the basis of a mujahid soldier fighting and bearing his arms, nor does it rest on da’wa [evangelising] in a mosque or a street, but rather it is a comprehensive system requiring the leaders of the ummah [Muslim nation] to realize its concepts.

“So on the expansion of the Islamic State, the state requires an Islamic system of life, a Qur’anic constitution and a system to implement it, and there must not be suppression of the role of qualifications, skills of expertise and the training of the current generation on administering the state.”

“From the start of the uprising of blessed Syria against the Nusayris [derogatory for Alawites], the mujahideen came in great numbers out of zeal for their religion. But some of them harboured Arab nationalist and tribalist arrogance, and others a zeal and will without shari’a aims.

“But it was inevitable that there would be an organisation of these numbers and their principles as a shari’i [Islamically legitimate] organisation accepting the current reality that the world marshalled against it from its soldiers and intelligence services.

“And from then there would be the confrontation of altering the principles and selling out to which the first mujahideen [fighters] did not show deference in Afghanistan, Iraq, Chechnya and elsewhere.

“And from then there would be the cultivation of educational and societal change with which the muhajireen [immigrants] co-existed and organisation of their ranks with the ansar [natives] – the people of the land.

“And there were many challenges and difficulties that one would have to deal with according to its establishment and according to its special ideological programme, and one must deal with each one of them on an individual basis.”

I believe the introduction details a fairly good outline of where the rest of the report is headed, however here is a quick one sentence review of each of the chapters so you have the general idea:

This chapter is devoted to the announcement of an Islamic Caliphate.

Details the organization of the individual and the group.

Breaks down the administration of preparatory camps; camps that prepare members with military and jihadi training sessions, as well as religious brainwashing techniques.

Gives direction for those who have completed the preparatory camps; keeping them on the path of “jihad.”

Organizes the provinces. Setting boundaries, borders, land, and wealth over their territories.

The Administration of wealth in the state. Including the management of government, placing specialists in the land, preserving reserves, regulating expenses, establishing factories, etc.

Administration of relations with other nations.

Administration of media within the state.

Breaking! Grave Message Just Issued to Christians By Perry Stone—A Terror Alert About What Is Right Around the Corner and…

Massive End Times Prophecy Explodes Before Our Eyes! What Just Happened Will Leave You Speechless!